Spirited bidding by 95% return clients showed outstanding confidence in Wallawong Murray Greys’ breeding program at the 19th Annual Carcase Quality Sale at ‘Marriot Park’ Gunnedah NSW Thursday 14th July. Several new milestones with the sale were achieved by principals Lachlan and Kate James who described the sale as “an awesome endorsement of our carcase quality focus”. Bulls sold to a top of $10,000 and an average of $5636, reflecting strong competition for lots throughout the sale. 12 registered heifers were also sold to a top of $3250 and average of $2250. In what is believed to be a new Australian record, a pen of 5 unjoined commercial heifers aged 9-12 months sold for $3100 each.

Impressive weights and eye muscle areas combined with finishing ease appealed to stud and commercial producers with registered bidders from Queensland and NSW.

The other equal second top priced bull was Lot 4 Wallawong Yes Man LEJ K37. Another Wallawong Quarterback son out of Wallawong Sixpence E70, 950kg Yes Man displayed a powerful carcase with great width of topline and a genuine thickness through the rump at a frame score 7. He possessed a raw EMA scan of 135cm2 and fat measurements of 7mm and 7mm on rump and rib. Repeat Wallawong client David Schouten, purchased the bull for his commercial operation at Gravesend, northern NSW. Mr Schouten has had great success over the years using Wallawong bulls, achieving Champion Carcases at Wingham Beef Week Carcase competition the past two years in a row with purebred Murray Greys by Wallawong bulls.

Wallawong stud principal Lachlan James said: “It was a great result. It was really encouraging to see so many repeat clients compete strongly throughout the catalogue.”

“The strength of the sale was clear evidence that well muscled Murray Grey bulls producing progeny that meet MSA requirements are highly valued in the commercial beef sector.”

“Murray Greys are going from strength to strength and people are willing to invest in our best genetics with the right balance of carcase shape and quality.”  Mr James added.

The registered heifers were purchased by a mix of stud and commercial buyers seeking quality females for their respective operations. Luke Holden Yurnga Murray Greys, purchased a heifer with an elite carcase pedigree – Wallawong Fortuana L59 for $3250 to establish his stud in Dayboro, QLD. Luskin Livestock, Luskintyre NSW were the volume buyer of females purchasing 17 registered and commercial heifers to $3100 to establish a herd of high quality Murray Greys in the lower Hunter.

Fleming and Ross Gunnedah were the selling agents with guest auctioneer Paul Dooley doing an outstanding job on the rostrum.

This result followed up from the Emerald AgGrow sale on 8 July where Wallawong sold 5/5 purebred Murray Grey bulls to a top of $13,000 and an average of $7100. 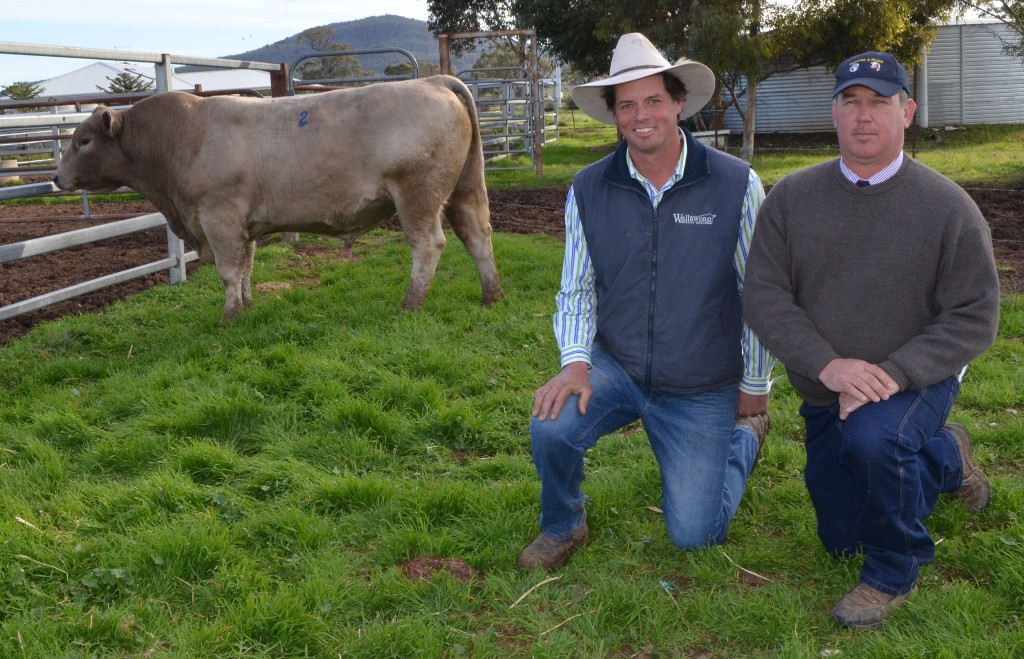