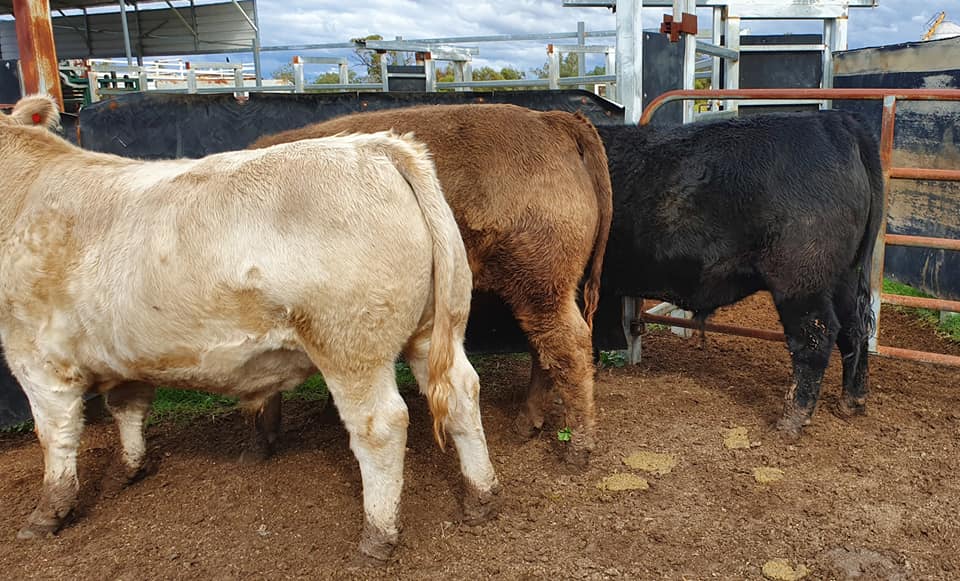 It was a 602 kilogram (liveweight) Grey Angus steer scoring an impressive 95.97 points that took the top honours for annual entrants Lachlan and Kate James of Wallawong, Gunnedah, who are no strangers to success at Wingham having won a number of accolades in the past.

He had a hot standard carcase weight (HSCW) of 322kg with fat measurements of 12 millimetres and 8mm at the P8 and rib sites, an eye muscle area (EMA) of 102 square centimetres and an AusMeat marble score of 4.

Sired by a Wallawong Angus yearling bull the James’ sold at the AG-Grow Emerald bull sale in 2018 and out of Wallawong Anthea L20, the 19-month-old steer had a liveweight of 582kg.

This win backs up a very successful run for the James’ who had the top three carcases of the Upper Hunter Beef Bonanza in 2019, and more recently a class win in the Colin Say and Co Carcase Competition.

“We are confident about the genetics in our herd, and we are willing to back them every day of week to be in top one per cent of the industry,” he said.

“This is evident by having the top three carcases in the Upper Hunter Beef Bonanza in October (2019), a class win in the recent Colin Say and Co carcase competition and now the top two in the Wingham Beef Week competition … all of which were sired by five different bulls.”

(story courtesy of The Land newspaper).